Finally, a good day for Cleaning the Garage!

It’s that time of the year again, and one we all truly hate, . . . sort through all the priceless junk in the garage.

I hope I have the courage to trash some of it. Hey, it’s hard throwing away stuff that reminds me of the person I used to be, but unfortunately, I need the space for the really awesome new junk I just bought.

It’s a necessary evil that must be done.

Be brave. You can do this!

I opened the door and peered into the abyss know as, ‘the garage from hell’ and fearlessly stared at the graveyard of ‘I can’t throw that away’, and the boxes of good intentions and ridiculous projects that I promised I would do, eventually. Hahahahahahaha!

But the garage is a mess and the car is barely squeezing in.

Cobwebs, stacks of boxes, piles of bags, and a workbench covered with objects that shout, “What in the world possessed you to save that.”

Despite my desire to be somewhere else, I reluctantly entered. I quietly walked toward the wall of boxes on the left. Fearing I might wake the demons that are sleeping inside, I gently grabbed the smallest box on top, opened it, and timidly peered inside.

“Ahhh! I remember this stuff!”

It was filled old love letters from my High School girlfriends. Do not start reading them! Trash before the wife finds them!

I grabbed the next box. It was labeled, ‘Magazines with Great Garden Ideas’. I ain’t gonna open that because what’s inside is pure evil. The next box was marked, ‘Good Times’. This box I’ll open. Hmm, empty bottles of rum. If they could talk, the stories would be worthy of a future memoir to be written. Nah, no one would read it – trash.

Time to tackle the box filled with all my trophies and great accomplishments. I’ll just remark this box as: ‘Things to go into my mausoleum’, along with the box of my old military uniforms.

Yikes, a box labeled: Captured monsters who hid under my bed. DO NOT OPEN!

On to the pile of bags!

Finally, I can see the shelves!

A jar of leftover nuts and bolts. Save. A jar of rubber washers. Save.

My old train set! I wonder if the wife will let me set this up in the spare room. I doubt it. Save for mausoleum. Old cans of paint. Yuk! Trash. Fishing rods and tackle box; I haven’t gone fishing in over ten years. Trash. Commodore-64 computer. Trash. A stack of empty coffee cans – save and use them for the nuts and bolts and rubber washers and the rest will be good for future small stuff.

I then glanced over at the right side of the garage.

On to the work bench. Nope, not going to touch anything on it, because I know, scattered somewhere amid the junk, there is a great idea just patiently waiting for me to promise I’ll do it tomorrow.

“You didn’t trash any of it. You just restacked everything.”

“I just couldn’t do it. The memories. The great ideas.”

“Whatever, I’m exhausted. Time for a nap.”

Posted by Being Fiction at 3:20 PM No comments:

A funny thing happened when I went to get my free vaccine, well, some people didn't think it was very funny.

Two days ago, I went to get my free vaccine and what happened next was interesting and a little painful.

"Hello, my name is James Kafka; I'm here to get my free vaccine."

"Great! have a seat and roll up your sleeve, Mr. Kafka."

"Nope. I'm a retired parental domestic engineer. I bought a microscope, and I thought it might be a good idea to check out the vaccine before you put it into my body."

They asked me a lot of questions. I attempted to explain myself, but it was obvious that they didn't believe me. Things got ugly very fast. There was a minor scuffle. Two of the men will need extensive dental work. They eventually managed to handcuff me and then tossed me into a black van.

I was taken to an abandoned farm house and questioned for several hours. Apparently, I'm not allowed to know what's in the vaccine. 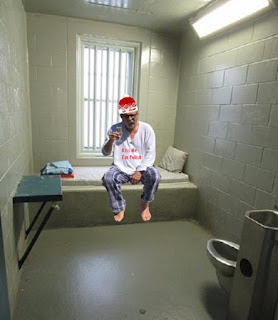 Politics and Racism vs. Education

The Scopes Trial - the first United States trial to be broadcast on national radio, WGN.

The oddity is that it was all staged to attract attention and money to the city of Dayton, Tennessee, which it did, but in doing so, the conspirators unwittingly changed America forever.

It’s been almost 100 years since the Scopes Trial and what is currently being taught in schools could soon be tested yet again, mainly because of a controversial book - White Fragility, by Robin DiAngelo and the 1619 Project, developed by Nikole Hannah-Jones.

White Fragility, the 1619 Project, and the lowering of standards have already weeded their way into our educational system and beyond. It is a hot topic that is currently being debated by the talking-heads on TV and a growing number of parents are speaking out in opposition.

Is it time for another Scopes-like trial?

I certainly hope so, but who would be willing to be the hesitant scapegoat, like John T. Scopes? And what entity or person would be so inclined to finance a judicial endeavor in opposition to such teachings and stand firm, without fear against any and all threats?

Jeff Bezos, Bill Gates, Mark Zuckerberg, Warren Buffet, Larry Ellison, Steve Ballmer, Elon Musk, and Larry Page, all billionaires, all white, all men. I doubt any of them would dare to risk their huge amounts of wealth to publicly debate racial issues, fearing that it might provoke the mob of socialist fanatics to attack them.

The future of your children is at stake. COVID-19 will go away, eventually, but brainwashing children lasts forever.

He that troubleth his own house shall inherit the wind: and the fool shall be servant to the wise of heart.

Posted by Being Fiction at 10:01 AM No comments:

History of the Punctuation of English Writing

After reading a brief narrative about how punctuation evolved over the years, I noticed it had an eerie similarity to the seven Ecumenical Councils.

Wikipedia Note: The first seven Ecumenical Councils, recognized by both the eastern and western branches of Chalcedonian Christianity, were convoked by Christian Roman Emperors, who also enforced the decisions of those councils within the state church of the Roman Empire. Acceptance of councils as ecumenical and authoritative varies between different Christian denominations. Disputes over Christological and other questions have led certain branches to reject some of the councils that others accepted.

The key words in the above text are enforced, acceptance, disputes, and reject. Let’s translate that to today’s world, shall we?

The Enforcers are the Literary Police whose only purpose in life is to point out mistakes. The Acceptee’s are the Readers; they like a good story and don’t dwell on disputable punctuation. The Disputers are unimaginative 12th Grade English teachers and College Professors; they know everything, just ask them. And finally the Rejecters, they're people like me; we play with punctuation like a child plays with Legos.

Out of necessity, jimmy and I convened our own Literary Ecumenical Council to determine our preferred definitions of punctuation.

A Comma means you need to take a short breath, or perhaps, you just want to be a drama queen, and, add, an excessive, amount of, pauses.

A Semicolon is for adding extra thoughts or for specific, important stuff; or to make a crazy long sentence that takes the readers breath away; hey, you gotta exercise somehow while reading!

A Colon is for listing things like: rum, coke, ice, and lemon. A cool refreshing drink while reading is vital.

An Exclamation Mark means you're excited about what you just wrote! More than one is redundant!!! , but fun!!!!!!

A Question Mark denotes a question or confusion. What? HUH?

Parenthesis they are a writer's VIP room. (See Quotation Marks.)

Dashes and Ellipses – use them for extremely . . . exciting . . . dramatic pauses, or . . . you simply want the reader – to take a breath. Breathing is very important.

There you have it! Dr. jimmy says that exploiting and manipulating punctuation is a great way to relieve stress.

Note: Italicizing and Underlining mean you probably should pay attention to those words; there might be a pop-quiz about them later.

Librarians are the gatekeepers, protecting written knowledge for future generations to study and explore.

“Nothing. I’ll make you a grilled cheese sandwich, and then we’ll go take a nap under the willow tree.” 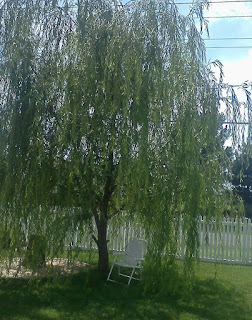 “Thanks jimmy. That’s a great idea!”

Posted by Being Fiction at 12:27 PM No comments: